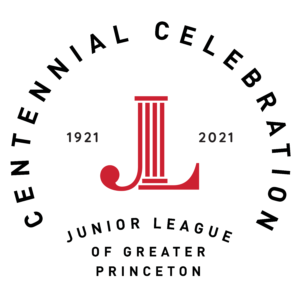 In April 2021, The Junior League of Greater Princeton marked its centennial anniversary. This was a momentous occasion for our organization and we were thrilled to celebrate this milestone with you!

Currently, the JLGP is made up of more than 240 civic-minded women; we are also part of a powerful network of 292 Junior Leagues with over 150,000 members in 4 countries who share our mission. Collectively, we constitute one of the largest, most effective volunteer organizations in the world. The Junior League is as relevant and needed today as it was in 1921.

Our centennial events highlighted our past projects, congratulated our volunteers, and looked toward the future and what the next 100 years will bring.

Past Presidents of the Junior League of Greater Princeton are invited to make a donation to the President’s Circle in support of our Centennial.